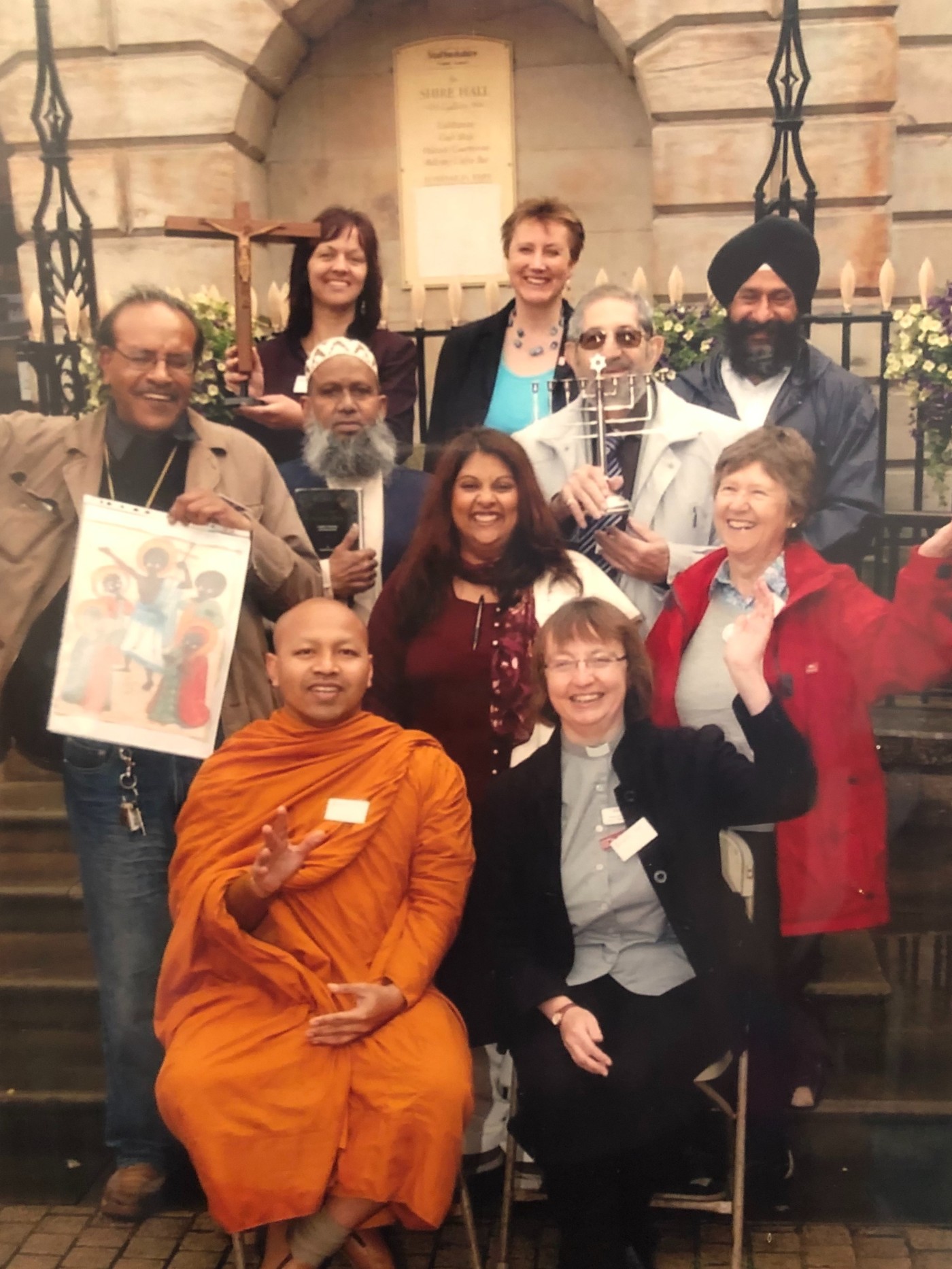 The power of friendship is something that we underestimate. We form friendships throughout our lives. My 2½ year old granddaughter takes great pride in telling us that her friends in nursery are Neha, Gracie, Frankie and Finley. Friends come and go, because we move away from an area, our circumstances change or we simply grow apart. But there will always be something about all our friendships, that, wherever we go, there will still be a part of that friendship that remains.

The two names I recall from my early childhood friendships are Gail and Rosemary. I was heartbroken when Gail told me she wouldn’t be returning to school after the summer holidays because her family were emigrating to Australia. We must have been 10 at the time. Rosemary and I went our separate ways when after primary school we went to different middle schools. Grace and Tasneem are probably two of my oldest friends that I’m still in contact with. Grace and I met at high school over 30 years ago and she now lives in Scotland. We manage to stay in touch thanks to social media. Tasneem and I grew up within the Muslim community in Leeds. Our mums were friends and our sisters were friends. We exchange the occasional text message, most often when one of my sisters tells me she bumped into Tasneem as a wedding or funeral of a mutual acquaintance.

Many people become friends and touch our hearts in the course of our lives. People of many different cultures and faiths, if we are lucky! But despite growing up in a very Jewish part of Leeds, I didn’t have any Jewish friends. I knew of Jewish people. Our local chemist was owned by Mr Booth, our family GP was Dr Levy and my father would only ever buy fresh bread and cheesecake from Chaultz bakery when it opened on a Sunday morning after Shabbat.

I met my first Jewish friends when I moved to Staffordshire in the early 1990’s and became involved in the local interfaith organisation. They were part of a very small Hebrew congregation based up in Stoke and were in the process of de-consecrating the large synagogue that had now outgrown the diminishing community. The thing I welcomed most about our friendship was the capacity to have difficult conversations, but still remain honest and maintain respect for the views of ‘the other’, and of course, Sydney’s never-ending supply of Jewish jokes!

One conversation in particular I recall was with Sydney and a Christian chaplain. We were discussing the Israel – Palestine issue. Sydney understandably had his loyalty to Israel, but totally accepted that as a Muslim I would feel affinity to the plight of the Palestinians. As our conversation came to a close, Sydney looked at me and said “honestly Hifsa if this is what it takes for the Messiah to come, I wish he’d just stay where he was”. Some might call this blasphemy, I call it one mans’ desire to see peace in the region.

Through my friendships with Sydney, Paul, Martin and many others I was able to discover so much more about Judaism. My father used to say to me – our name is Haroon {Arabic for Aaron} don’t you know he was the brother of Moses & that makes Muslims and Jews brothers & sisters? I became a regular at the synagogue and attended many Sedar meals there. Sadly, I was also able to go and pay my final respects to Sydney when he passed away.

Over the last century, Muslims have suffered terrible conflicts in the Middle East, Bosnia, Africa and South Asia. But this is nothing when compared to the centuries of persecution faced by Jews; the Russian pogroms that saw the large scale targeted and repeated mob-attacks on Jews; and the Holocaust that witnessed the genocide of 6 million Jews, for example. But for the last 70 years our two great religions have been portrayed as being at war over the Israel-Palestine conflict. Indeed, it has been difficult to speak of Muslims and Jews without seeing things through the prism of the Middle East conflict. It needs to be acknowledged however that as a Muslim, it is natural for me to feel the pain of the terrible injustices and suffering faced by the Palestinians, whilst recognising that my Jewish friends will hold a deep connection to Israel and desire for a homeland which is safe and secure. Furthermore, just as I do not have to justify or be held to account for the actions of some Muslims, my Jewish friends do not have to account for the actions of the Israeli government.

Our faiths are different but the same. As Europe heads into uncertain times, the far-right and the far-left increasing in their vehemence towards the Muslim and the Jew, perhaps now is the time for us to rekindle old relationships. Friendship must always be used as our baseline. This is the foundation on which we build our communities and ensure they are interlinked & bound together, whatever our differences, in a way that will not allow minor tremors to bring down the structures we work so hard to raise.

{This blog post was first published on the website of Nisa-Nashim, the Jewish Muslim Women’s Network at http://www.nisanashim.org/the-power-of-friendship/ }

Our annual conference will be taking place in London on Sunday 7th April and will be about Faith and Friendship Shaping the Future Together Please do join us and purchase your tickets here https://www.eventbrite.co.uk/e/nisa-nashim-annual-conference-2019-faith-and-friendship-tickets-53727142329